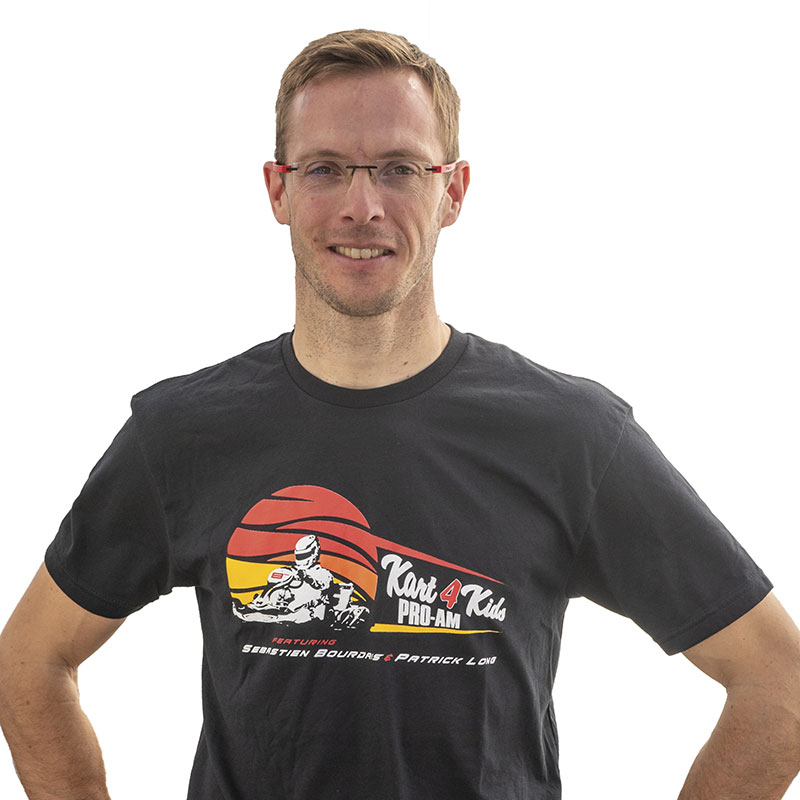 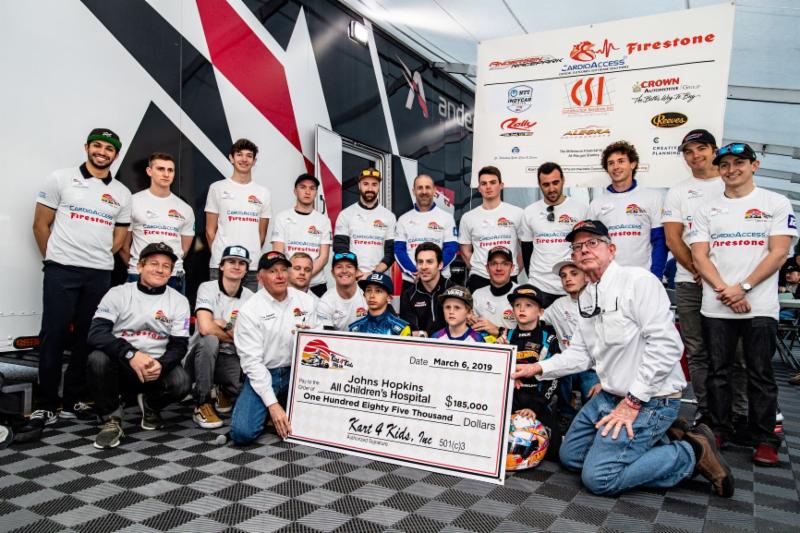 To sponsor a team, please contact Bob Dikman at bdikman@dikman.com

Be sure not to miss the online auction!

The 9th Annual Kart 4 Kids Pro-Am Race will be held in downtown St. Petersburg on March 11 at 3:00 pm within the footprint of the Firestone Grand Prix of St. Petersburg. Professional driver and St. Petersburg resident, Sébastien Bourdais headlines the event. Previous participants also include Scott Dixon, Helio Castroneves, Tony Kanaan, Ricky and Jordan Taylor, and more from IndyCar and the World Challenge Championship racing series. They will join local amateurs to race around the temporary kart track on the airport runway.

As Kart4Kids starts off 2020, we are reminded of our fabulous sponsors and donors. As a result of 2019’s efforts and generosity, we were able to provide Johns Hopkins All Children’s Hospital with “Angel Eyes” cameras so families can watch inside the patient rooms when they aren’t at the hospital, a Sonosite Ultrasound to help with accurate placement of IVs in babies, a Giraffe Omni Bed for NICU patients as well as a Transport Tecotherm device.

Funds from the 2018 event provided three portable EEG units and one ECMO unit. In doing so, this story is near and dear to our hearts. ECMO machines help children like Julian, who are born with congenital diaphragmatic hernia have a higher than average chance at survival.

Learn more about Julian and the efforts of the many healthcare workers who were responsible for his excellent treatment while at JHACH.

The 8th Annual Kart 4 Kids Pro-Am Race will be held in downtown St. Petersburg on March 6 at 3:00 pm within the footprint of the Firestone Grand Prix of St. Petersburg.

Drivers also donate memorabilia for the auction which is also available online athttps://e.givesmart.com/events/f4l/i/. Users may also text the keyword “KartRace2019” to the phone number 24700 to make a donation or bid on an item. Auction items in 2018 included signed race-worn helmets, fire suits, shoes, and gloves, along with autographed merchandise and other non-racing items.

In the race’s seven years, more than $411,000 has been raised to provide critical, patient care equipment for Johns Hopkins All Children’s Hospital. Proceeds from the 2018 race funded three portable EEG units and an ECMO unit.

“We are so grateful for the support of the drivers, sponsors, spectators and planning committee that make Kart 4 Kids the second-largest community fund raiser for the Foundation,” said Jenine Rabin, Executive Vice President, Johns Hopkins All Children’s Foundation. “Each year, the funds raised from this event allow us to purchase several important pieces of equipment necessary to deliver the best care for the toughest pediatric cases.”

For further information, visit kart4kids.org or contact David Bassett at dhb944t@yahoo.com or Page Obenshain at page6532@gmail.com.

ABOUT KART 4 KIDS
Kart 4 Kids Inc is a 501(c)3 organization established to raise money for Johns Hopkins All Children’s Hospital by organizing the Kart 4 Kids Pro-Am Kart Race. The all-volunteer staff means that All Children’s receives all proceeds net of direct race expenses. Now in its 8th year, the Pro-Am kart race was started in 2012 to honor the memory of IndyCar driver and St. Petersburg resident Dan Wheldon, who had tragically perished in a racing accident. Starting with American Porsche factory driver, Patrick Long as its only professional driver in the first race, the race has been embraced and supported by many of the best racing professionals in IndyCar, IMSA, and Pirelli World Challenge, among other series. Patrick has been joined by early supporter Sebastien Bourdais as the two featured drivers. From its small start, the Kart 4 Kids Pro-Am Hosted by Andersen Racepark, Featuring Sebastian Bourdais and Patrick Long has become one of Johns Hopkins All Children’s top third-party fund raisers by donating $130,000 in 2018. For more information visit www.Kart4kKds.org, ‘like’ its Facebook page at Kart4Kids Pro-Am Kart Race, or follow the race on Twitter @kart4kidsproam.

ABOUT FIRESTONE GRAND PRIX OF ST PETERSBURG
The 15th annual Firestone Grand Prix of St. Petersburg is a race event held during Florida’s spring break season each March. As the NTT IndyCar Series’ season-opening race for the ninth consecutive year, St. Pete is a destination city hosting this annual motorsports tradition and offering a festival atmosphere with its downtown location. The temporary circuit is a 1.8-mile, 14-turn configuration using the streets circling Pioneer Park, the Duke Energy Center for the Arts, The Dali Museum and extending onto the runways at Albert Whitted Airport, which overlooks the waterfront of Tampa Bay and picturesque St. Petersburg Harbor and Marina. Firestone Grand Prix of St. Petersburg is owned and operated by Green Savoree Racing Promotions, which also promotes three additional IndyCar races, Honda Indy Toronto (July 12-14, 2019), The Honda Indy 200 at Mid-Ohio (July 26-28, 2019) and Grand Prix of Portland (August 30-September 1, 2019).